All students who have not mastered the written code can benefit from a Multisensory Structured Language approach.

Dyslexia is a difficulty in the use and processing of linguistic and symbolic codes, alphabetic letters representing speech sounds or numeric symbols representing numbers or quantities.

Most importantly, the use of an MSL approach by a knowledgeable and experienced teacher/educator can significantly moderate the language learning and processing problems that arise from dyslexia. Indeed, the approach, used early enough and by qualified instructors/therapists has every likelihood of eliminating the emergence of notable reading and writing problems.

The MSL/SL Approach is language based, multisensory approach, structured, sequential, cumulative, cognitive, and flexible. Its breadth, perspective, and flexibility prompt use of the term approach instead of method. This approach is also emotionally sound; in every session the student experiences a high degree of success and gains confidence as well as skill. Learning becomes a rewarding and happy experience.

The MSL/SL approach is appropriate for teaching individuals, small groups and in the classroom.

It is appropriate for teaching in the primary, secondary, college and university levels as well as adults.

The explicit focus of the approach has been and continues to be upon persons with the kinds of language processing problems associated with dyslexia. Early intervention is highly desirable, but it is never too late to begin!

Multisensory Structured Language and Literacy focuses on the big 6 of language and literacy. The Australian MSL course is based on the research of Dr Hollis Scarborough's Reading Rope.

Orton Gillingham is an appraoch that is steeped in single word decoding, the founder are:

Samuel Torrey Orton (1878-1948), a neuropsychologist and pathologist, was a pioneer in focusing attention on reading failure and related language processing difficulties. He brought together neuroscientific information and principles of remediation. As early as the 1920's, he had extensively studied children with the kind of language processing difficulties now associated with dyslexia and had formulated a set of teaching principles and practices for such children.

Anna Gillingham (1878-1963) was a gifted educator and psychologist with a superb mastery of the language. Working with Dr Orton, she trained teachers and complied and published instructional materials. Over the last half of the century the OG approach has been the seminal and most influential intervention designed expressively for remediating the language processing problems of children and adults with dyslexia.

Jodi Clements B.Ed/Sp.Ed(Inclusive) UON, AUS., OG Assoc.Certified.,T/AOGPE, Kildonan TI, USA, MSL, AMADA Cert, ADA, AUS, PG Linguistic studies MQU, D.Ed Dyslexia Research approved candidate UTAS, AUS. Jodi was trained in the US at the Kildonan TI by dyslexia and experts Diana Hanbury King and Karen Leopold both past IDA Board Members and current AOGPE academy fellows and Board Members of AOGPE. Over years, Jodi lived with Diana and worked at her renowned Camp Dunnabeck, New York and the (Kildonan School, Amenia, New York). Diana Hanbury King was trained by Anna Gillingham herself and has been a recipient of the prestigious Orton Award for her long life devotion to teaching children with dyslexia. Diana was a founding member of the Orton Society now known as the International Dyslexia Association (USA). At the 2013 IDA conference in New Orleans, Diana Hanbury King received the Margaret Rawson Lifetime Achievement Award for her lifelong dedication to the field. Jodi was with Diana at her acceptance speech where she made mention of Jodi's dedication to bring her training to Australia. Diana Hanbury King many years ago founded AOGPE (USA) and the Kildonan School (NY, USA). A film made about her life achievements called "One by One" by talented and dyslexic film maker, Harvey Hubbell. Diana is highly respected by all who train and work in this field, she is considered one of the best OG instructors (dyslexia,language and literacy) in the world. Diana and Karen have since passed. Karen and Diana have left a legacy and will remain highly respected in the field of dyslexia.

Jodi Clements current attributes to raise awareness:
Jodi is the founding member of the Australian Dyslexia Association (ADA) and Director of Language Training at IMSLE. Jodi Clements is on the International Dyslexia Association's Global Caucus Commitee and has been involved in the International Dyslexia Association's Teaching Standards for Reading. April 2016 Jodi was invited by the United Nations (UNESCO) and the Mahatma Ghandi Foundation (India) to speak at a conference and share her expertise in the area of dyslexia and teacher training. Jodi was invited by UNESCO to join the committee for World Literacy Agenda 4. Jodi has extensive experience working with a range of children, teens and adults with dyslexia, dysgraphia and dyscalculia characteristics. She has trained educators and allied professionals in Australia since 2007 on how to identify and assist such learners. Jodi Clements has been interviewed for numerous radio and TV segments on the topic of dyslexia and education. Jodi has contributed towards many books on the topic of dyslexia and scientific reading instruction as well as edited the Australian Dyslexia Handbook (2014, 2015) with UK dyslexia expert, Bernadette Maclean. Recently April, 2017 Jodi Clements was invited by radio ABC Insights to speak on dyslexia and teacher training along with Professor Anne Castles of Macquarie Univerity, NSW (Department of Cognitive Science). This ABC program to date is the longest airtime known in Australia to be solely devoted to dyslexia and literacy (1 hour). 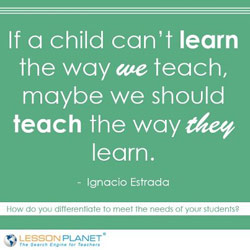